A hierarchy of control measures regarding occupational safety in the field of electrical installations is the main approach for accident prevention, as well as for the protection of electrical equipment. The hierarchy of hazard control methods is the culmination of all aspects of occupational safety, as it helps engineers establish and prioritize the best methods to ensure the protection of the electrical teams in the facility and beyond.

Despite the constant decrease in the number of accidents caused by interventions at electrical installations, they are still a common cause of workers’ injuries. These incidents are often caused by insufficient awareness of the dangers. Awareness should be about the danger itself, the use of appropriate personal protective equipment (PPE), even as to how long the worker has been acquainted and trained with the SSM, but also the prior knowledge of the electrical installations in which they work, the way of carrying out the activity, tracking and training by the team leader of the workers on the dangers that may arise during the work.

Among the most important aspects in avoiding and preventing accidents at work in electrical installations is the periodic training and training of employees according to Law no. 319 of July 14, 2006. The purpose of this law is to establish measures to promote the improvement of the safety and health of workers. The presence of the law establishes general principles regarding the prevention of the occupational risks, the protection of the health and safety of the workers, the elimination of the risk and accident factors, the information, the consultation, the balanced participation according to the law, the training of the workers and their representatives, as well as the general directions for the implementation of these principles.

Another aspect is the regular training of electricians in order to test their technical knowledge, as well as to see if they have learned the aspects of accident prevention in electrical installations.

The hierarchy of control methods is ensured by the sequence:

Law no. 319 we can say that follows the model of the hierarchy of controls in hazard management. It establishes the decoupling of energy sources as a preferred approach to working on or around electrical installations and emphasizes that the level of control by individual protective equipment should be only an additional level of protection and not the main level of protection. This class of controls is considered the least effective safety method because it focuses on the worker instead of the risk and does not address the root cause of the hazard.

This is why a hierarchy of controls requires that the most widely used means of determining the implementation of feasible and efficient control solutions is necessary. Exposure control to occupational hazards must be a fundamental method of protecting workers at installations that may present electrical hazards.

The false sense of safety and awareness goes beyond simple self-assessment, as evidenced by the identification of a “normal deviation of deviation” among electrical incidents at work.

Normalization of deviation is a process that starts from a safety standard and then gradually deviates to what becomes an accepted practice and actually starts to function as new normality. This is significant in the context of the topic of this article, because:

Analyzes of high risk industries indicate that human error is often a leading cause of incidents. For example, one factor that contributes to the occurrence of many electrical injuries in the event of an incident is the failure to use appropriate personal protective equipment for safe work in electrical installations.

Companies need to implement education, awareness and re-evaluation projects focused on reducing human error. No one should assume that the level of awareness or knowledge of risks or of a subject is complete.

Eliminating all electrical hazards is not always possible. The next best option is to implement a substitution method, such as resistance monitors, current limiting fuses, or electromechanical relays. Otherwise, use automation protection.

In no way should we have that the main system for mitigating hazards is individual protective equipment, because it is a quick and easy approach. Incidents in electrical installations, especially those with open springs, often destroy equipment and injure or kill workers. Use the hierarchy of controls and you will have an efficient system that will give you safety in the event of interventions at electrical installations. 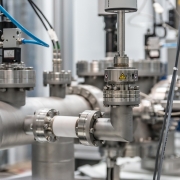 The advantages of water treatment in HVAC installations 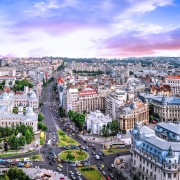 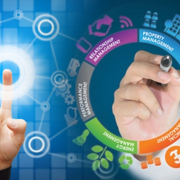 Major trends in facility management in 2020 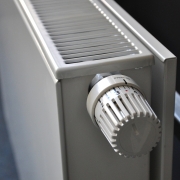 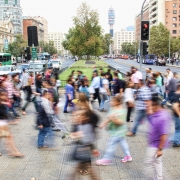 In “Soft FM” services, people and communication make it the difference 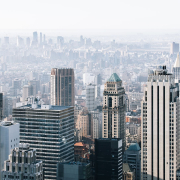 How to cut down the operating costs of buildings? 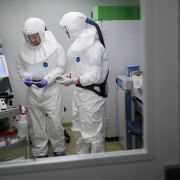 The new wave in FM digitalization
Scroll to top

We may request cookies to be set on your device. We use cookies to let us know when you visit our websites, how you interact with us, to enrich your user experience, and to customize your relationship with our website.

Click on the different category headings to find out more. You can also change some of your preferences. Note that blocking some types of cookies may impact your experience on our websites and the services we are able to offer.

These cookies are strictly necessary to provide you with services available through our website and to use some of its features.

Because these cookies are strictly necessary to deliver the website, refuseing them will have impact how our site functions. You always can block or delete cookies by changing your browser settings and force blocking all cookies on this website. But this will always prompt you to accept/refuse cookies when revisiting our site.

We fully respect if you want to refuse cookies but to avoid asking you again and again kindly allow us to store a cookie for that. You are free to opt out any time or opt in for other cookies to get a better experience. If you refuse cookies we will remove all set cookies in our domain.

We provide you with a list of stored cookies on your computer in our domain so you can check what we stored. Due to security reasons we are not able to show or modify cookies from other domains. You can check these in your browser security settings.

We also use different external services like Google Webfonts, Google Maps, and external Video providers. Since these providers may collect personal data like your IP address we allow you to block them here. Please be aware that this might heavily reduce the functionality and appearance of our site. Changes will take effect once you reload the page.